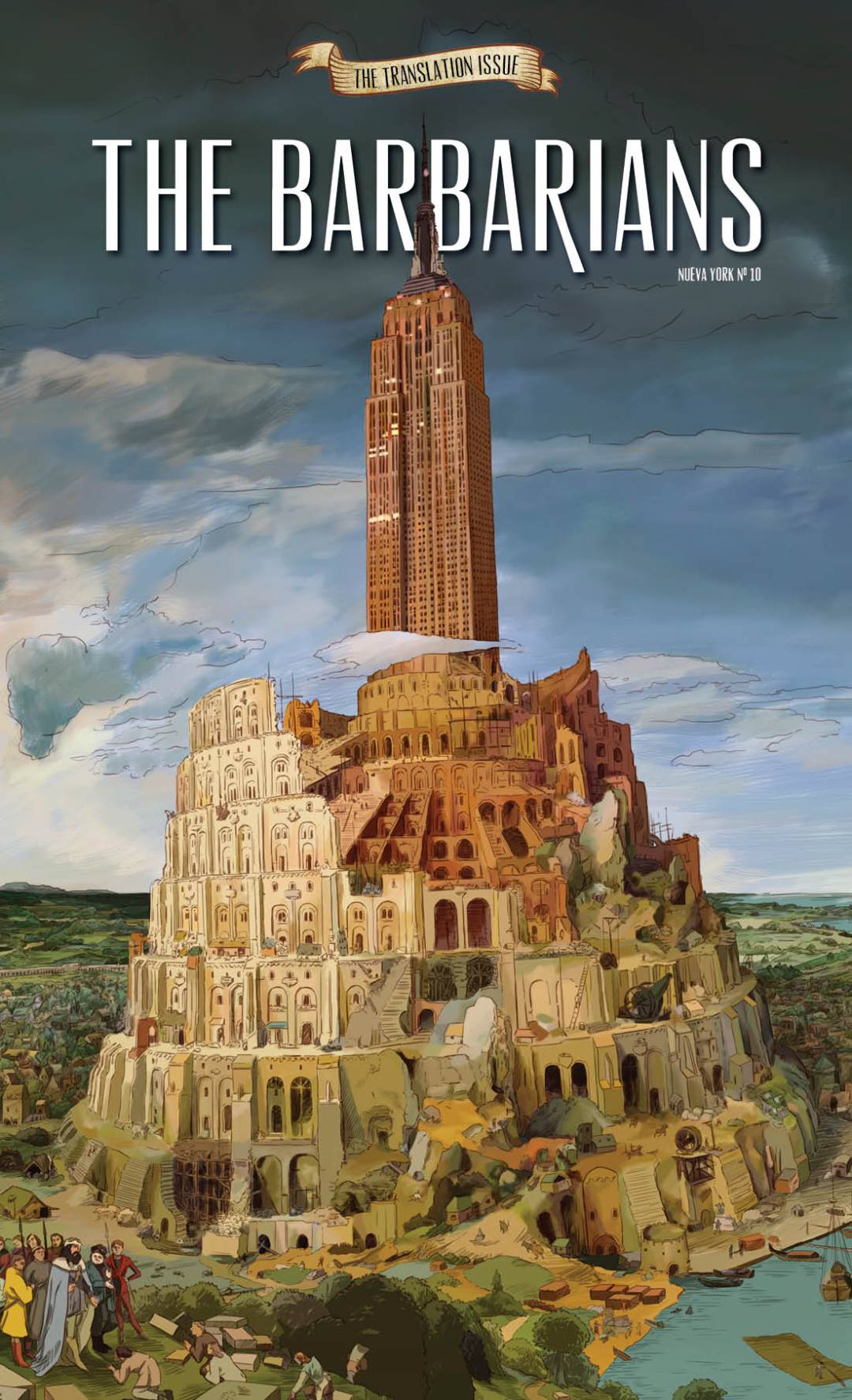 The wait has been far too long.

Decades ago, New York was conquered by the labyrinths of Borges. Today, the city is inhabited by the detectives who crisscross its streets, and multiply themselves bearing the 2666 code stamped on their foreheads.

We have come full circle.

At some point, Language Departments in the United States harbored a small cluster of savages branded Spanish. They grew and survived multiple literary movements only to demonstrate what many already know: The Hispanic world has conquered the center; the Barbarians have taken control.

Many may have also heard that literature dawned in Macondo, and that Comala, Santa María, and Canudos are some of its magical cities. Like parasites, we leech onto New York to suck the blood out of the literature written in English and regurgitate it as the vital fluid that feeds the visceral realists, the swords, the libraries of Babylon, and the leaf storms. We are a work in progress and we have no limits. Much like some translations that outshine the originals, we improve with each new book.

In an accidental safari our witnesses crossed the Sonoran Desert and the miserable village of San Francisco de Sada. They founded Costaguana and continued on until they reached the streets known to Zavalita to reminisce about Rimini’s past or some undecipherable code hidden in the stories of Isidro Parodi, Mario Conde, and Beltenebros.

In the New York cold we recall the heat; in the numbered streets we walk every day, we call to mind the ones left behind named after our heroes. We know where to find the kingdom of Candaya and the Insula Barataria. We discuss politics and literature with passion and a coffee. We slip into the subway crowd to read among them. We know how to distinguish east from west but if given the choice, we invariably look south.

We are the barbarians, señores. We have arrived.

THE BARBARIANS 10, THE TRANSLATION ISSUE, WILL BE PRESENTED ON NOVEMBER 10, 7 PM AT MCNALLY JACKSON BOOKSTORE IN MANHATTAN.